How To Tell If A Motherboard Can Overclock 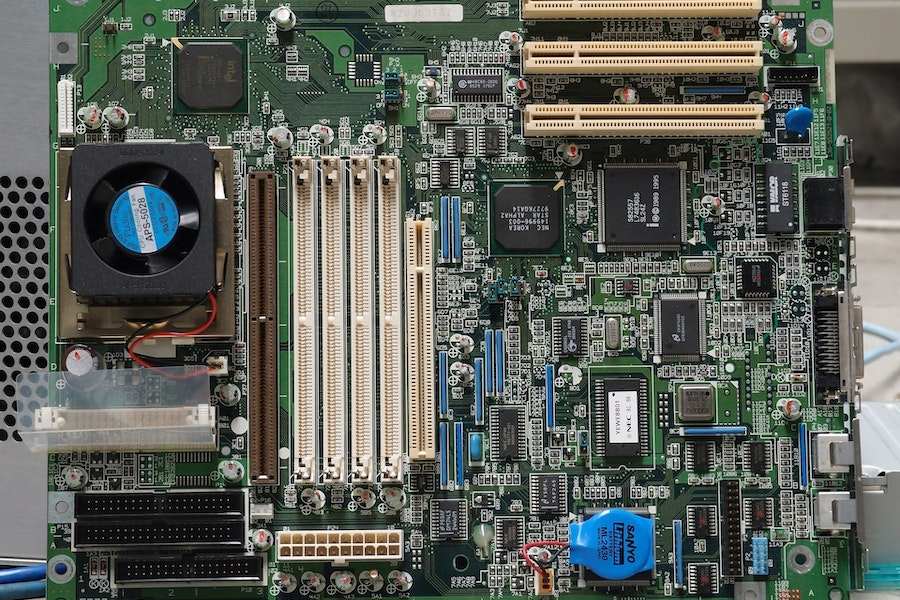 When it comes to computers, there is always something you can tweak or fiddle with to get better performance. When we’re talking about a computer as complex as a PC, that means there are lots of settings and configurations that you can tinker with until you get the best performance possible. If you want your gaming PC to run faster than any other computer around, overclocking the CPU is one way to do it. But how do you know if your motherboard can overclock? The answer is not straightforward and goes into some technical details that might be new to you. Overclocking your computer components usually involves adjusting their operating voltages so they operate beyond their standard limits. This can negatively affect their lifespan but often has little impact on their performance in real-world usage scenarios. After all, computers aren’t meant for continuous heavy load for extended periods of time – which would cause failure anyway. Read on for everything you need to know about overclocking your motherboard and what hardware you need in order to achieve these results safely and reliably.

How To Tell If A Motherboard Can Overclock

Find Out What Type Of Processor You Have

In order to overclock a motherboard, you first need to figure out what type of CPU you have. You can find this out by removing the CPU cooler from your computer and reading the name printed on the chip. It’s a good idea to consider keeping the original cooler on the chip when overclocking since it will help minimize the chances of overheating. If you are not sure what type of processor you have, you can also check your CPU’s model number to determine the manufacturer. In general, Intel’s 8th-generation processors are meant to be overclocked, while some of the earlier generations may not be able to handle the additional heat and voltage.

Check For The Latest Bios Version

BIOS stands for “basic input/output system,” and it is used to initialize your computer’s hardware. The version of your BIOS is important because it dictates how much voltage your motherboard can deliver to your CPU or other hardware. The BIOS version can be found in the motherboard’s manual or online on the manufacturer’s website. If you are overclocking your motherboard, it’s a good idea to make sure that it is running the latest version of the BIOS. This way, you can make sure that your motherboard is capable of delivering as much voltage as possible. If you want to overclock your motherboard, you should look for one that either has an “OC” or “Extreme” mode in the BIOS. This will make it easier for you to get everything set up.

Check Which Voltage You Can Increase By

Test Your Stability In Benchmarks Before Jumping In-Game!

Why Overclock Your Motherboard?

As we mentioned above, overclocking your motherboard can increase its performance. Most people want to overclock their motherboard because they want the best possible performance. That’s why they spend money on the best components and build a machine that can handle higher loads and faster speeds than other computers around them. The only way to get better performance is to use a more powerful processor or GPU than what’s standard on your motherboard. This is also one of the reasons some people upgrade their CPU or GPU: They want more power, but they don’t necessarily need it for everyday tasks like office work or browsing the web. If you only use your computer for basic tasks, overclocking is not necessary especially if you have a decent CPU and GPU installed at their standard speeds already.

Most motherboards today are capable of overclocking up to a certain level – but how much they can actually overclock depends on the specific model and chipset in question. Some motherboards only have a limited number of settings that they can be adjusted safely, while others let you tweak them at all possible levels – allowing you to find out exactly what the limits are for your board and the rest of its components. When it comes to overclocking a motherboard, more options is always better – especially if you want to be able to achieve the best possible performance for your computer.

If you want your computer to run faster than any other computer around, overclocking is one way to do it. The answer is not straightforward and goes into some technical details that might be new to you. Overclocking your computer components usually involves adjusting their operating voltages so they operate beyond their standard limits. It’s important to remember that overclocking isn’t the same as hacking. It is, however, a way to make your computer run faster while taking advantage of internal computer resources that aren’t being used.